St. Thomas Aquinas does not often find kindred spirits among contemporary analytic philosophers. Among those not particularly sympathetic is the imminent Richard Swinburne. It is well known among his readers that Swinburne carries no brief for classical theism, the concept of God attributed to St. Thomas. What is regrettable about this situation is how Swinburne stands athwart or ignores Aquinas where the Angelic Doctor could potentially be helpful. In this post, I try to offer a case in point.
In chapter five of The Existence of God (Rev ed. pp.70-89). Swinburne goes through a treatise on complete explanation. The primary thrust of this idea is there are theories that, if you were to try going beyond it, would not yield any further explanatory power. Swinburne distinguishes between full, complete, ultimate, and absolute explanations. 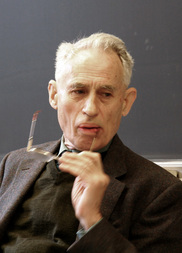 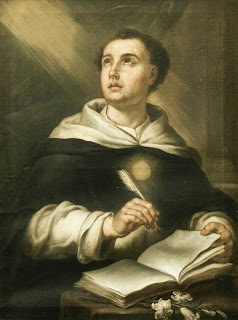 Swinburne refers to Aquinas as seeking an a priori argument for his position. Swinburne finds there is no argument on these grounds against an infinite regress of essentially ordered causes. From my perspective, it seems Swinburne means there is nothing bound up in the terms at issue, viz. essential cause, accidental cause, effect, and so forth that preclude one from holding without contradiction there could be an infinite regress. That is, there is nothing incoherent in supposing there could be an infinitely long train in which each car simultaneously moves another. It is problematic to attribute a priori reasoning to Aquinas since he believed we got our knowledge of things and their causes from direct interaction with the world. Leaving this aside, for now, Swinburne may be right as far as it is stated. There may be nothing a priori incoherent or contradictory in making this assertion. But perhaps this could be challenged, given what we know about train cars, motion, and so forth. Maybe even as bound up in their terms or definitions. For example, we know train cars have no motive power of their own. We know that things without motive power cannot move themselves. We know that no matter how many train cars there might be, perhaps an infinite number, there must be something with motive power that is moving them if they are in fact moving. When Swinburne says “each truck [train car] by its own motion simultaneously makes the other truck move…” (89) I think the major disagreement here is the reference to “…by its own motion…”. Aquinas would not agree that the train cars (again, just using this as the example of essentially ordered versus accidentally ordered causes) have their own motion. Since train cars do not have their own motion, they must get it from another. And thus, it is not possible that the train cars could do anything by their own motion. X does not have its own motion, per se. Neither does W. Y is not moved by the motion of X per se, because X does not have any motion or motive power per se. It is only in virtue of an engine that any motion is conveyed or available to X, which then passes through X to Y. At best, X is only a partial explanation of the movement of Y. Only as an accidental cause of the motion of Y is X an explanation of Y’s movement.
The reason why I think adopting Aquinas’ reasoning could help is this. Swinburne refers to causal powers of bodies when comparing ways of scientific thinking (42-44). He argues that the ‘ancient’ way of thinking that bodies have powers and liabilities (what Aquinas might say are act and potency) are a better way of thinking about scientific explanation. Swinburne rightly seizes on the modern move to think of laws and events independently of bodies (or substances). I think this breakdown helps Swinburne’s account of agent causation, which is that such causation is not reducible to events or laws, and is (for Swinburne) not reducible to ‘bodies’ as such since agent causation is not species of liability (i.e. potentiality) of a body.
If he recognizes that bodies (substances) have powers and liabilities (e.g. they are combinations in some way of act and potency), then it follows that some bodies do not have within themselves the powers to do certain things. The stone does not have within itself the power of locomotion. Neither does the stick. It is the hand of the person moving the stick, which moves the stone. The stone has within itself the power or liability to be moved. So does the stick. But they cannot bring these about without the simultaneous action of the hand of the person (agent) moving the stick. It is not possible that the stick is a full explanation of the movement of the stone. But this is what Swinburne seems to be claiming in his critique of Aquinas. He seems to be saying that the motion of the stick, which does not have in itself the power to move anything based on what it means to be a stick, is all that we need to sufficiently explain the movement of the stone. On this point, I believe Aquinas would disagree. And I think Aquinas has a much stronger argument. Swinburne’s approach on this point seems to cut off the causal explanation process right when it starts to get interesting. This could be due to the very scientifically focused methodology, where the arguments start to spill over into metaphysics with reasoning tools that are made for not wholly adequate for that application. If he were to take Aquinas’ notion of essentially ordered causes, Swinburne would have a more robust account of explanation, which would help his overall case. It would represent great consistency, especially with the appeal to the natural scientific reasoning about bodies that he referenced earlier.
Posted by Adam Davis at 11:37 AM