In a recent post, I tried to sketch out an argument that divine aseity is ultimately incompatible with the concept of divine temporality. I mentioned RT Mullins briefly within that post as a prominent contemporary critic of classical theism. Mullins is a gifted philosopher and theologian, and his arguments are always interesting. One such argument he makes in a recent paper critiquing classical impassibility is that there is a difference between divine aseity and self-sufficiency. What is intriguing about this argument is the distinction itself and how it is weaponized. In this post, I will explore the latter issue because it speaks to what I believe is a deeper problem in his recent criticism of classical attributes. 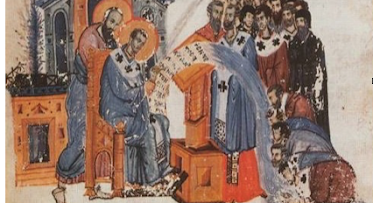 Aseity: A being exists a se if and only if its existence is in no way dependent upon, nor derived from, anything ad extra.

Divine Self-sufficiency: A being is divinely self-sufficient if and only if that being’s perfect essential nature is not dependent upon, nor derived from, anything ad extra.

Here Mullins presents something fundamentally objectionable to the classical theist, which is a difference between the existence and nature of God. The classical theist would argue that God’s essence (nature) is His existence, and there is no real distinction in God. I therefore cannot see how Mullins’ definitions do not effectively beg the question against the classical theistic defense of classical impassibility.

The classical theist would, as Mullins explains, argue God is impassible (unable to undergo suffering or be subject to passions) because He is immutable, simple, and eternal. One who argues that way, however, only does do because God is the pure act of existence itself, transcending all categories of being because He is Being itself. If Mullins presupposes by his definitions of aseity and self-sufficiency that God is a being with a nature, then it is Mullins who is smuggling in the conclusion. He assails the classical theistic defense of impassibility based on premises the classical theist would not in principle agree with. Mullins argues that the systematic connection of the classical attributes do not entail impassibility, and then suppresses the very basis and reasoning behind these connections - connections which related immediately to the classical defenses of impassiblity at issue within the paper. This move is like saying your opponent in a hockey game can only show up with three players then disqualifying them for not being able to field a full team.

Mullins puts forth the notion that God’s perfect essential nature is different from His existence. He wants to say the classical theist will deny this in virtue of a prior commitment to simplicity and making an illicit imputation of it into a defense of impassibility. Mullins is probably right in how the classical theist would respond, yet wrong in thinking something is afoul. What really seems to be going on here is that Mullins demands the classical theist abandon core principles and tenets in order to defend analytic, piece-meal attacks on divine names or attributes that, as Mullins himself concedes, are taken as a package deal.

It is almost as if Mullins is asking the classical theist what would happen to divine impassibility if, hypothetically, the classical theist threw out the metaphysical foundations of their position and abandon attributes that are taken together as different outcomes from the same ultimate conclusion. Then, when the argument seems to work in this per impossible scenario, it looks like there are major problems for the classical theist. However, the defender of classical theism is under to compulsion to make these concessions. Mullins strongly desires to pull out individual classical attributes and subject them to criticism apart from the overall metaphysical construct from which they are derived. He agrees that classical theists ‘bundle’ these attributes together as mutually entailing and reinforcing and then insists they be defended in an isolated manner, devoid of context. Such an approach amounts to a very sophisticated “heads I win, tails you lose” scenario. This unfortunatelyamounts to saying the classical theistic account of God is deficient because it does not fare well under certain, very idiosyncratic, analytical methods.

Zooming out for a minute, what appears to happen quite often in contemporary dialogues on classical attributes is that one side of the debate operates from certain methodological and metaphysical presuppositions which are fundamentally disagreeable or not acknowledged as legitimate by the other. For example, it is unlikely that a scholar like Mullins would agree with someone like Thomas Weinandy on concepts like essences/natures, existence/being, and so forth. The starting point for Mullins’ critique is from an analytic (philosophical/theological) position, one that has historically recoiled a great deal at the base metaphysics undergirding classical theism. That said, I do believe the disputation over coherence in divine attributes would bear more fruit if the focus was at the more basic metaphysical level versus the downstream conversation on specific attributes.