It is sometimes said that the doctrine of divine simplicity is "radical." By this, opponents typically mean that it is an extreme claim, one that really pushes the envelope of credulity. Saying God is all-powerful and all-knowing, those are apparently quite palatable. Once those bloody classical theologians start in on simplicity (or immutability and the rest), well, that just goes beyond the pale. Let's explore. 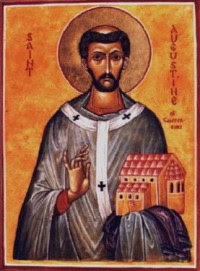 But why think simplicity any more radical than other claims about God? For example, is it not radical to claim that God exists necessarily or a se? Is it not radical or extreme to claim that God created the universe? That God spoke and 125 billion galaxies (or their predecessor states) came into existence from non-being? That the cosmos is sustained in existence by God at every moment? The Bible makes further extreme claims about God, such as that He exists as Three Persons in the Blessed Trinity or that the Logos became flesh and dwelt among us. Are these deep theological truths mild in some way?

All claims about God are in the 'radical' or 'extreme' category.

When classical theists argue that God is simple, such a claim is more of a negation than a positive statement. We deny things of God that are impossible to say of Him based on certain metaphysical principles. The natural theological reasoning process informs us that we can know that God is but cannot know what God really is in His essence. We can affirm that God just exists; His essence is being ('to be'). He does not have an essence because He is not an instance of a kind. He does not have an essence because if He existed with an essence He would need to obtain His existence from another source. Such statements are of course completely mind-blowing! Anything said about God from the standpoint of creatures cannot possibly capture the totality of the divine essence. To demand one fully capture the divine is to demand that God be in the image of man, that He fit into man's imagination. Yet I believe this is what God has precisely said we must not do (Exodus 20:3-4).

Finite creatures cannot comprehend the divine essence; they are unable in principle to form an intellectual concept of the totality of God. The finite cannot grasp the infinite. Yet I think this is one of the main problems that some analytic theologians and philosophers have with divine simplicity. The analytic theologian demands for the sake of systematic coherence that God be situated within a fully comprehensible metaphysical taxonomy. The approach is more of trying to solve problems instead of exploring and explicating mysteries (a helpful distinction in theological discourse made by Thomas Weinandy in Does God Suffer). When the nature of God and His attributes (even leaving aside the classical attributes) is perceived as a 'problem', then we must have a "map of the highways and byways of the divine" (phrasing borrowed from Brian Davies in The Thought of Thomas Aquinas) or else risk falling into 'incoherence'. Yet, in this process, the utter transcendence of God is sacrificed to make way for what seem to be dubious methodological commitments.

Once God is conceived of as an instance of a kind, which I believe is entailed by a denial of classical divine simplicity, then the theologian has abandoned divine transcendence. He has abandoned the very (biblically mandated) otherness of God required to say that He is Creator. All claims about God are radical. In that way, divine simplicity is no different than other broadly held divine attributes.