Some Thoughts on Aseity and Temporality in God

I believe there exists a strong potential to move from divine aseity to the classical attributes of God. In this post, I will focus on a tension that arises between holding to divine aseity while affirming temporality. If one affirms in principle that God exists or could exist a se, then they should also agree that God is eternal. One cannot simultaneously affirm divine aseity and divine temporality. The problems attending the conjunction of aseity and temporality open the door to careful consideration of the classical predication of eternality to God. 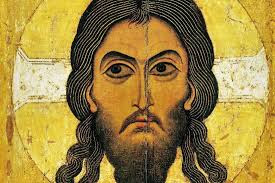 Divine aseity is the notion that God exists of or from Himself. He is self-existent, self-sufficient, lacks dependence upon other things. Aseity is affirmed by most theists, even those that are very critical of classical theism, such as RT Mullins.

To explore the tension I alluded to above, I will briefly look at the views of prominent Christian philosopher and theologian William Lane Craig. Dr. Craig is a person whom I deeply respect and admire, and he is a strong proponent of divine aseity. His work on God and abstract objects demonstrates this commitment. It seems to me he is quite right in his motivations, because if abstract objects exist as conceived in a Platonic realist sense, or otherwise outside the divine mind, then God is not metaphysically ultimate or the sole source of all reality outside of Himself. If both God and abstract objects are self-existent or exist necessarily, then God cannot be said to create all things. Craig seems to believe that aseity is an essential attribute or predication of God. Yet, he also argues that God becomes temporal with creation. Sans creation, God is eternal and timeless, and with the act of bringing the universe into existence He becomes subject to time; God goes from timeless to existing in time simultaneously with creation.

But if God becomes bound or measurable, subject to before and after, or otherwise quantified, as He would be as a part of temporal reality, then He would no longer exist a se. He could not be self-existent per se, He would at best be a co-existent. And this is the same place He would occupy on Platonic or other kinds of thick/robust abstract object realism. For God to exist within or alongside anything or an ensemble of things undermines aseity because it makes God determined by the creation He descends into or conjoins himself with. He no longer can be said to transcend. Beings are in time as existent objects within the world. A temporal God thus becomes one existent thing among others. I think this has dire theological implications, among them is the abandonment of aseity.

Regardless of how one works out God existing temporally with creation, I submit the predication itself makes it impossible for God to be metaphysically ultimate. God could not be the ultimate reality or the cause of things outside of Himself if He existed within or alongside creation. Again, on the temporal theistic view, God and creation come to be on the exact same plane of reality. This is unavoidable. To predicate temporality of God, He must step down the ontological ladder, degrading or diminishing His essence in the process. It is difficult to think such a conception of shifting attributes in God is in any way desirable.

Moreover, if God becomes temporal, He comes to be related to creation in a real way, at least according to Craig. Craig denies any Thomistic or classical theistic view of relations between the world and God. But such a denial results in a mutual dependence between creature and creator. A dependent God is not consistent with divine aseity.

A key aspect of aseity is that any existent thing which is not-God is created by God. However, the temporal view of God undermines this idea. For God to create and sustain is to give being from non-being, it is to cause things to exist at every moment they exist. I think most Christians will agree with this ex nihilo formulation. Yet, such an act must come from that which is not determined or limited in being. If we say God creates and sustains, He cannot be limited or bound in any way. Yet, if God exists within the created order He is bound to act in certain ways, such as being subject to before and after. Whatever He does must be done discursively and sequentially. Temporal divine action is subject to the conditions He exists within, which means the creative act is necessarily limited. To limit the creative, sustaining power of God is to impugn aseity.

Further, to say God is temporal is to place constraints on His essence that make Him less than perfect. God would need to move or change from eternal to temporal in a more significant way than just a logical convention of speech. To move or change betrays a need or lack that I do not believe is escapable by appealing to self-limitation. Needing or lacking is also incompatible with divine aseity.

Craig’s view is certainly not the only one on offer regarding God’s relationship to time. However, I believe the same problems would attend to any position where God is conceived of as a temporal being, regardless of whether one holds a tense or tenseless view of time. Craig provides a sound body of work for the considerations I have in view, given his focus on the subjects of aseity and God & time.

I have tried to tentatively sketch out several reasons why divine aseity and divine temporality are incompatible. The theist must take one position and give up the other, or vice versa. A good option remaining for the theist desiring to hold aseity is the classic eternal view of God. To believe that only God exists in Himself, He is that in which all other things depend for their existence, and that He exists in need of nothing should lead one to see the consistency of these predications with the eternal view of God and the process by which such a position is established.

Divine eternality is not always well understood or described. It is typically conceived in the modern tongue as God being “timeless,” which tends to be an unfortunate oversimplification (and sometimes, I believe, a straw man). Given time and space constraints, here we might think of eternality as God not being measured or bound by time, that there cannot be succession (before-and-after) in God, there is no beginning or end in Him. On the classic view of God, divine eternality has more to do with what must be denied as we speak about Him based on conclusions drawn from observations within the created order. We know God from creatures, but we must remove any creaturely imperfections when speaking about the divine essence itself. Thus, there is something like “timelessness” in the classical conception of divine eternality, but this concept can skew the conversation so care must be taken when comparing modern understandings of time and timelessness with classical eternality.