When most Christians think about creation, they conceive of something like observable physical reality, the order of the universe, and the like. In other cases, they might go further and think about creation as God bringing forth the universe “in the beginning." This is to say more or less that God got things going a long time ago. This notion marks off God as somehow before matter/space/time. The main thrust here is that creation is the temporal origin of a thing or ensemble of things.

While almost inescapable to the modern mind due to a prevailing view of causation as essentially atoms banging into each other, I think the idea of creation described above is too small and not properly nuanced for Christian adoption. It is prone to substantive objections from those who contend with an absolute finite past of the universe, kalam argument appeals to Big Bang cosmology aside. What I would like to suggest in this post is returning to a deeper and more robust understanding of creation. 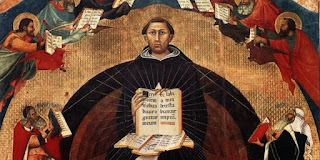 To some early Christian thinkers, the idea that God got everything going a long time ago might have been true enough, but comparatively unimportant. To someone like Origen of Alexandria, God creating things “in the beginning” had more to do with Christology than a temporal origination of the cosmos. The One to whom, through whom, and in whom are all things is the Son of God, which means that all things that are not-God have their very being or existence from God. This is true at every moment they exist. For Origen, God’s creating is not necessarily a postulated moment when that which is not-God came into being. Rather, it is the very giving of being from God to whatever is not Him. God is therefore always creating. Because He is eternal, He creates “from eternity.” There is no point in asking when creation began because that would ultimately require predicating time of God. Such would be impossible. It is in and by the eternal Logos that God brings forth beings from non-existence, not just when a long time ago God did something. Creating is what God continually does out of pure grace.

In Summa Contra Gentiles (Book 2) and the Summa Theologiae (Prima Pars, Question 45), Aquinas makes a helpful distinction between making and creating. To make something is to work with what already exists. An artisan makes a bench out of wood and metal; he does not make the wood or metal or base elements to be what they are. He finds them in a certain state and puts them into a different state. These wooden and metal elements first exist and then are bent, cut, and manipulated by the carpenter into a final form. In more Aristotelian-Scholastic terms, making involves the actualization of potentials. The cedar tree is now actually a tree and potentially wood planks for the bench. The carpenter actualizes the potential in the tree by cutting and sawing. This type of making, the actualization of potentials, is what we might understand as taking place in the Genesis 1 story of origins. The earth is formless and void and God is then forming and shaping that to which He has given being.

Sticking with the Aristotelian terms of Aquinas for a minute, we must note that creation is not the actualization of a potential. We account for the very existence of things which are both actual and potential. For a potential to be actualized, something must first exist as actually X and potentially Y. When we consider the fact that there even is X in potency to Y, we acknowledge X could not be (or exist) in principle, save for something superadded to it. The existence of X, the very being it has, is what we should think of as creation. X is created by God insofar as it is, and Y is also created by God as it becomes actualized from X. Any movement from or to presupposes that a thing first exists, and the act of being underwrites that entire process of change, actualization, or movement. Being itself is gratuitously given by God to something finite from the very plenitude of His infinite Being.

Following Aquinas (SCG II.16), causes of actuality by moving and changing must have a cause above themselves which is the first principle of being (God). Acting by motion or change is not compatible with the universal cause (i.e. first principle) of being because, in the context of motion/change, being cannot come from absolute non-being. The actualization of X to Y is being-to-being, not being from non-being. But any X or potential Y must have being in order for the potential to be actualized. If X is actually X and potentially Y, X exists in virtue of something beyond itself; X is 'borrowing' its being. Thus, it is contrary to the nature of God, who is infinite Being and unlimited Actuality, to act primarily or only by motion or change. So, if we think that creation is actualizing a potential, we limit God. And God, as almost all Christians would agree, is infinite and without limitation in His existence.

Creation as an act can only be said of God. Owing to their finitude and other limitations, creatures cannot create. Creatures can only make. God’s creative action should not first be temporally conceived as in the getting going of things a long time ago. Rather, God is creating at every moment that which is not-God exists. I believe this can be helpful for our worship and biblical interpretation. For example, when looking at the text where Genesis tells us God “rests” on the seventh day. There must be something deeper communicated to us in the text about God. We can also derive deeper insight from the earlier verses of that book as well as the adoption of creation language in the prologue to John’s Gospel. “In the beginning” means more than “a long time ago.”

Staying with the Genesis creation account, we might think of God both creating and making. He is creating in the sense that He is giving being to that which is not-Him and by His power He is also then making what He creates to be in such and such way. From this view, we can better understand why arguments for the existence of God from the finite past were not given as much weight by classical thinkers like Origen, Augustine, and Aquinas as other arguments or demonstrations.

We can also better understand why someone might reasonably reject an account of creation that merely posits the getting going of something by another thing. This criticism is particularly acute when both sides presume that God is a univocal cause, where both God and creatures are competing with each other (what God does cannot be by the creature and vice versa).

As we move past thinking about God as one who needs to “light the blue touch paper” of the universe, as Hawking pejoratively wrote, we might see that our conceptualization, though not comprehensive, necessarily rises to a new level. This in turn allows the Christian to step over facile objections to God that place Him as a being among other beings. Moreover, we are then more free to reverently love God in the worship He deserves. Nuancing creating versus making has a great deal of cash value for Christians.