Looking back at the philosophy of religion in the 20th century, I cannot help but be intrigued by the large amount of literature published on verificationism and positivism. It seems to me that the philosophy of language was a powerful and prevalent factor that permeated most of the discourse on religious epistemology and theistic proofs/demonstrations. The reasons for this are interesting, but far beyond my scope here. Presently, my attention has been channeled on the verificationist principle(s) such as elucidated by A.J. Ayer and the logical positivists. What can or cannot be spoken about and how was a major topic for decades.

From the Davies anthology, this excerpt is taken from Ayer's Language, Truth and Logic (is it a form of British humor that no Oxford comma is in the book title?):

"...there can be no way of proving that the existence of a god, such as the God of Christianity, is even probable...For if the existence of such a god were probable, then the proposition that he existed would be an empirical hypothesis."

One thing I find compelling about this claim is that it still, nearly 90 years later, captures the core basis of why many people deny the existence of God. It is a good reminder that the ideas we encounter today are, in most cases, not really new or novel. Ayer notably wrote for many years on the subject after Language, Truth and Logic, but the core of the claim seemed to remain intact. 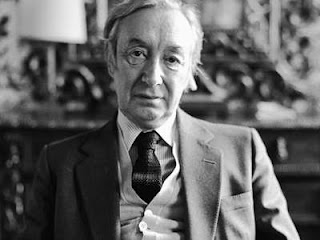 What I believe Ayer so nicely summarizes in his verificationist ideal is the standard scientistic/reductionist view of the world. This position holds everything that exists or has meaning is, in principle, ultimately expressible or can be investigated and either proved or disproved by the physical sciences (physics, chemistry, biology). Essentially, all that exists is matter in motion; nothing can be that is not eventually quantifiable or accessible to the senses in some way (or reduced to intelligibility by mathematical description). Certainly, there are many open questions, but the scientistic view affirms nothing in the grand scheme can be outside the purview of empirical investigation.

Scientism is the default view so often that Christian thinkers and other theists often spend a meaningful deal of time taking it apart before proceeding to arguments for the existence of God or the attending preliminary metaphysics. For example, Edward Feser's writings in Scholastic Metaphysics and Aristotle's Revenge and David Bentley Hard in The Experience of God.

It is very difficult to see how Ayer's way of framing the conversation does not beg the question against theists. The theistic argues God exists and means by 'God' that which is not a locatable object in the world. The verificationist denies the 'term' God (or 'Creator' or whatever) has any meaning because it is not a physical object. So, the verificationist effectively says "God cannot exist, therefore God does not exist." Before any theistic argument can be made it is dismissed out of hand as improper use of language or the expression of a psychological state (emotive).

I sometimes wonder how far 'Ayer-esque' verificationism (along with Carnap and others), and its scientistic offspring, moved the dialogue on religion onto unfruitful ground. There is not much gameplay when the rules are constantly being changed and the goalposts moved. To my mind, this was the primary outcome of the verificationist movement. The influence of this thought is still felt in contemporary debates. Hopefully, the verificationist ideal will eventually fade into the oblivion it so vehemently denies.