Does God Hear the Prayers of Unbelievers?

This question comes up from time to time and it seems important to address for several reasons. From a Christian perspective, it first speaks to the goodness/benevolence of God. For example, one can imagine a person wondering how an all-loving God could not hear the prayers of an orphan child in a war-torn country, the child not knowing a thing about the God of Abraham, Isaac, and Jacob. So, maybe the question hints at the evil/hiddenness objections to God. Secondly, the question gets at the notion of prayer itself. We need to inquire into the nature of prayer, how it works, and so forth. Further, when thinking about this issue, we must consider certain distinctions often thought to exist between believers and unbelievers. Christians might think it problematic if believers and unbelievers were both on the same plane in terms of prayer. If they were, at least some promised benefit of being a believer would be voided or diminished. 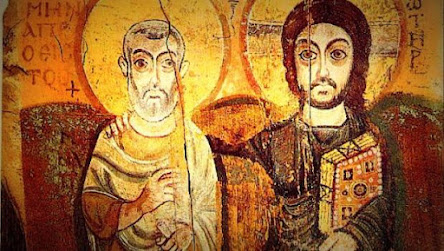 In this post, I hope to sketch out some basic answers to the question of whether God hears the prayers of unbelievers. My answer is that God does hear the prayers of the unbeliever, and this should cause us to rejoice in His goodness. God’s hearing the prayers of unbelievers in no way diminishes those of the believer. Even a long series of blog posts could not address all the antecedent questions and implications. However, I will do my best to also address some objections to my affirmative answer.

We might first say that in His omniscient and omnipresent nature, nothing is unknown to God. Thus, any utterance of a believer or unbeliever is known to God and thus ‘heard’ by God. The matter at issue is whether God might grant the petitionary or intercessory prayers of unbelievers. By believer, we mean one who is a Christian. In several New Testament passages, viz. Luke 18:13 and Acts 10:1-33, an unbeliever prays and God hears and honors or grants the petition.

Here one might claim that God the Holy Spirit had first regenerated the heart of the sinner in these instances so that we simply have only believers are praying to God. But this rendering goes far beyond the biblical text, especially Acts 10 when the Holy Spirit comes to Cornelius and his house as a consequence of his prayers. This approach would turn on a combination of equivocation on the term ‘pray’ and a disjointed, perhaps question-begging, argument in favor of a negative answer to the inquiry. Something along the lines of “only believers can truly pray, therefore only believers’ prayers can be answered.” The price tag for such a position would be far too high, assuming what it seeks to prove and further presuming the petitionary utterances of a believer and an unbeliever directed to the transcendent are two essentially different things.* The act of prayer itself, in terms of communication of a need, desire, etc. cannot be rendered essentially different based on the eternal state of the person when they are communicating it. For if they are essentially different things, then the question cannot even be raised. If only believers can pray, then it would make no sense to ask if God can hear the prayers of unbelievers, because unbelievers cannot perform the act. So, asking the question presupposes that, in a general sense of the term, both believers and unbelievers can pray.

We can furthermore look to the Old Testament where the people of Nineveh prayed that they might be spared (Jonah 3:5-10), where Hagar asked God to protect Ishmael (Genesis 21:14-19), and in 1 Kings 21:17-29, where Ahab fasts and mourns over Elijah’s prophecy concerning his posterity. In each of these cases, the petition requested by the unbeliever was granted by God. It would be spurious to suggest the events/outcomes asked for in these cases happened by chance or other reasons not related to the prayer. Such a suggestion would strain exegetical credulity beyond the breaking point, representing an ad hoc approach ultimately leading to incoherence by undermining consistent interpretative methodology. For example, if we explained away the prayers of the people of Nineveh in some other way as God not hearing (and granting them), then whatever means of explanation would introduce extra-textual speculation that could be inserted at any juncture to fit one’s desired end.

We must say that God indeed hears the prayers of unbelievers and may answer them in the affirmative or negative in accordance with His abundance of mercy, grace, and justice. 2 Peter 3:9 tell us that God is not willing that any should perish, but all should come to repentance. In view of this passage and others, in the providence of God, He may grant or will the efficacy of any prayers for this purpose. To say that God cannot use the means of hearing and answering prayers of the impenitent to bring about His unfolding plan for creation would be to presume far too much upon the grace and goodness of God that we impugn His character. In the Summa Theologiae II.II.83.16, Thomas Aquinas argues that if an unbeliever prays in accordance with sinful desire, God may grant the petition so as to bring about or accelerate the end (telos/purpose) of justice (or events leading to it). But if the unbeliever prays from a good desire, out of pure His mercy, God may hear the prayer if the one praying beseeches God for certain things.

Aquinas' distinction is helpful in showing how we can exclude idle words or figures of speech from our evaluation. A robber muttering "I hope the big guy upstairs is taking a snooze right now, hehehe..." immediately before a bank heist is not praying. Neither would someone using the Lord's name in vain or uttering other euphemisms. Neither a believer nor an unbeliever is praying when speaking or thinking this way. As commonly understood, prayer is an act of religious piety or reverence, directed toward something beyond or greater than oneself.

I will now consider some objections to God hearing the prayers of unbelievers, proceeding in a Summa Theologiae style for the sake of brevity and (hopefully) clarity.
Objection 1: It seems God does not hear the prayers of unbelievers because unbelievers are separated from God by their sins (which are not forgiven), and God can only hear the prayers of those whose sins are forgiven.
Reply to Objection 1: This reasoning fails to take divine benevolence and providence fully into account. God may hear (and answer) prayers of the impenitent for providential reasons, to bring about effects through both His primary causal efficacy or via secondary causes. Further, this objection presupposes a certain soteriological framework which need not be conceded.
Objection 2: God does not hear the prayers of unbelievers because these prayers are typically uttered in pagan or cultic practices. It is not befitting of God to hear prayers offered to demons, Satan, other deities, or physical objects and manifestations of nature.
Reply to Objection 2: In their ignorance, some unbelievers pray to things like statues, demons, natural forces, and the like. God can use these prayers to providentially bring about effects that further His benevolent and just ends for creatures. He can will that a pagan prayer be answered to a cultic deity for purposes of that person’s ultimate repentance or for purposes of bringing about temporal consequences and justice for wicked acts.
Objection 3: Moreover, unbelievers pray for evil things that are not the proper objects of prayer.
Reply to Objection 3: We know only good things come from God (James 1:17). So, we can say God does not affirmatively answer prayers which are for evil ends/means. All things in creation operate under the auspices of divine providence. If, for example, the demise of a man comes after the prayers of another man asked for that outcome, it is for some other providential reason the event occurred and not because the prayer has been answered affirmatively.
Objection 4: Prayer is an act of worship, and unbelievers cannot worship that which they hate or do not know.
Reply to Objection 4: Whenever someone prays, an act of worship is being done in a manner of speaking. For the unbeliever, they pray in ignorance of ultimate truth. Yet, in such an act, if they are praying, they are worshipping something or someone. Such an act might be misdirected or disordered, but it does not follow that God, therefore, does not hear them.
Objection 5: God hearing the prayers of unbelievers would diminish the prayers of believers.
Reply to Objection 5: There is a manifold purpose in prayer, as there are manifold types of prayer. We are primarily focused on petitionary and intercessory prayer, which when uttered by an unbeliever do not detract from those of believers. As Aquinas says, the prayers of the believer may be meritorious for them, whereas the prayers of the unbeliever cannot be (even if God hears/answers). Further, nothing can diminish the beatitude of those in Christ, because of the infinite love of God that abides in them. In the incomprehensible plenitude of His being, God is able to hear the prayers of the unbeliever without diminishing the grace He bestows upon those who love Him.
Objection 6: James 4:3 says “you ask and do not receive because you ask with wrong motives.” This letter is addressed to believers. Thus, how much more an unbeliever cannot receive because their motives are worse than a believer.
Reply to Objection 6: The answer to this objection is addressed in replies to objections 2 and 3.
Objection 7: Psalm 66:18 says “if I regard wickedness in my heart, the Lord will not hear.” It must be said the unbeliever often, or always, prays with wickedness in their heart because of their sins.
Reply to Objection 7: The answer to this objection is addressed in replies to objections 2 and 3.

That God hears the prayers of unbelievers should redound to His glory and praise. In His eternal benevolence, God can use the means of such prayers to bring about His ends. We know God loves His creation and delights in using divergent means, some of which are far beyond our comprehension, to attain His desired outcome. Isaiah 55:11-12 helpfully reminds us that God’s ways are higher and better than our ways. Such ways include the prayers of unbelievers.

*Such an argument would presuppose a soteriological construct on which one cannot even pray to be saved but is saved first to enable them to pray. If one does not grant these theological precommitments, which would need to be successfully argued, then one cannot use this in support of a negative answer to the question at hand. For example, I surmise on perhaps some forms of Calvinism, one might hold that only believers can pray because God has enabled them to pray by unconditionally regenerating them. But this position would still run afoul of the issues mentioned. I see such a move as unhelpful in ultimately answering the question, because it undermines the question and further muddies the water with upstream debates. It is hard to see anything inherently problematic for the Calvinist to affirm God hearing or even answering the prayers of the unregenerate.